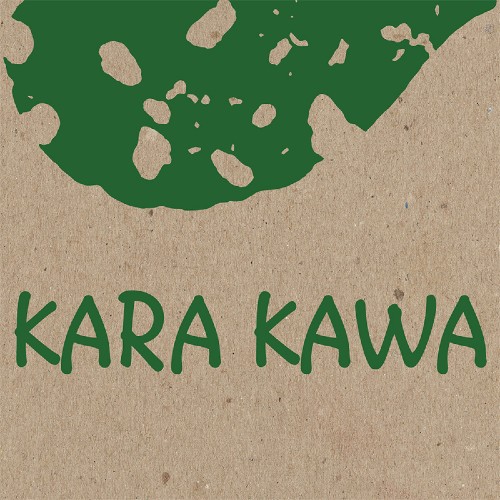 Kara Kawa is handmade in Tasman, New Zealand by a local nature loving kiwi, born and raised in the Marlborough Sounds surrounded by native bush.

Kara Kawa Products contain no bad stuff and are made with only the highest quality natural ingredients.

Made from 100% Natural ingredients.
Handpicked native Kawakawa from the Marlborough Sounds.
Handmade in Tasman, New Zealand.
Packaging and containers are 100% Recyclable.

Originally Kara Kawa Balm was produced as a healing balm for a local Nelson tattooist Sharon Salmon, who wanted to take a more natural and safer approach to tattoo healing. Soon after this, the true benefits of this balm were realized and the product grew from there.

The hero ingredient in all Kara Kawa Products is Kawakawa leaves. Kawakawa is a native New Zealand tree that is one of the most important herbs used in Rongoā (traditional Māori medicine). It is used to treat a wide range of ailments including; wounds, skin disorders, stomach issues and burns because of it's anti-inflammatory, antiviral and antibacterial properties.

A Tub Of Nature To Heal Your Skin.

Hi, I’m Kara and I am the proud owner of Kara Kawa

Based in Tasman, New Zealand, I raised two amazing inspiring boys/adults. My oldest son lives in Auckland and has recently graduated from South Seas Film & Television School. My younger son is at home and attending year 10 at Nayland College, he spends most of his free time riding his bike on the great MTB tracks that Nelson has to offer.

Currently, I am working part-time as well as running Web By Design and Kara Kawa. These three jobs keep me quite busy, but I always find time to hang out with family and friends, as well as do a bit of crafty stuff like crochet, sewing, knitting, and building.

I was born in Motueka and raised in the beautiful Marlborough Sounds as the daughter of a mussel farmer. I have two awesome brothers and one amazing sister. We were raised by the most awe-inspiring parents who worked hard and supplied us with an amazing childhood.

In 2002 I set up my jeans label called Tank. I was making jeans and pants to order and also selling one-off handmade clothing items at the Nelson Saturday Market. Also, I made a range of other items including ballgowns, wedding dresses, costumes, curtains, and beanbags.

While being an at home mum I studied through The Open Polytechnic of NZ, and in 2011 I received my Diploma in Business with a major in Accounting.

After receiving my diploma I worked in accounts at Harvey Norman for awhile. This was a great learning step after studying for four years.

Tank was transformed into Tank Clothing and Alterations and was a part of a shop called Allkindz in Nelson. I offered a drop in alteration clothing service, as well as making clothing to order. In my time at Allkindz I made jackets for the Nelson Maori Women’s Welfare League, uniforms for the Marching Nelson team, replaced what felt like a gazillion zips, and made some amazing friends in the craft industry.

In 2015 I got my Certificate in Web Design and Writing through The Open Polytechnic of NZ, and from there I set up my current business Web By Design doing website design and logo design from home. One of the first websites that I had the privilege of designing was for French Pass Community Charitable Trust. I also designed their logo which is a true to life New Zealand King Shag. I pride myself on my digital and design work, sometimes a little too much and I can spend hours making something perfect.

Telephone sales, well I did that for a year. This was an interesting learning curve because we never had a phone growing up and I had never been that interested in using the phone. I'm more of a face to face person. During my year in telephone sales, I learnt a lot of sales techniques and expanded my people skills (something that someone who grew up in the middle of nowhere lacks). Yes, I made a few sales, but there were also quite a few fails along the way.