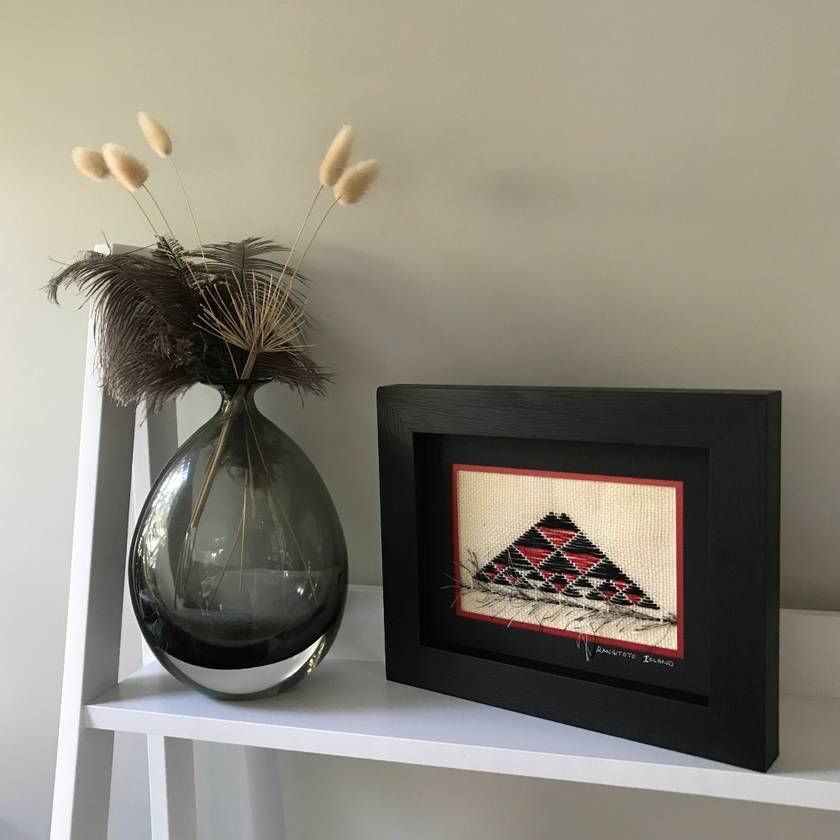 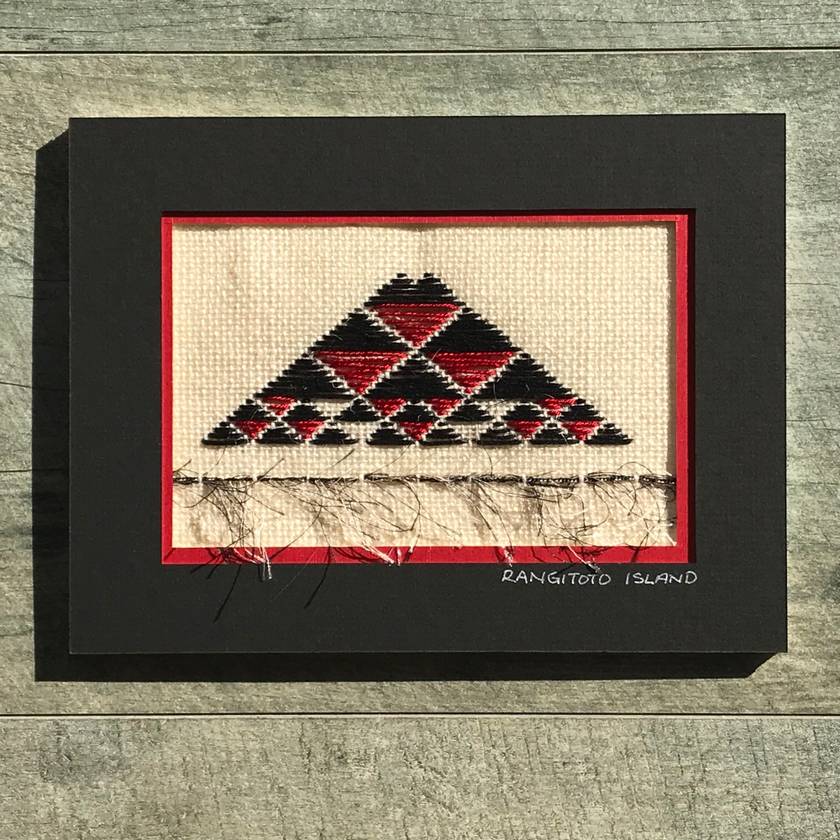 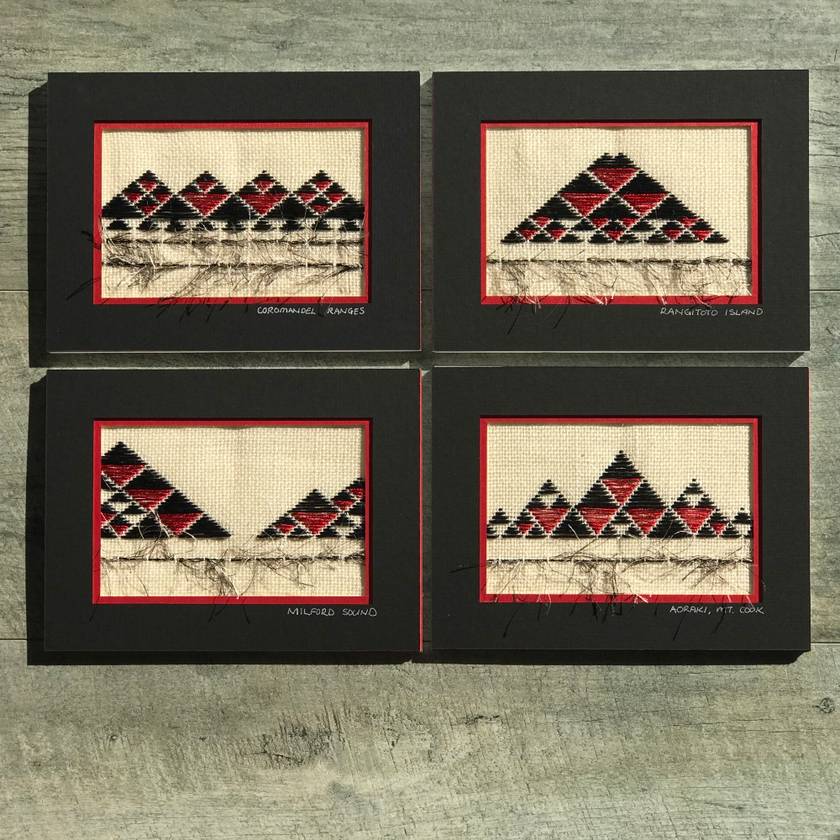 NZ $40.00
3 available
add to basket
add to favourites  add to wishlist  add to showcase
share  tweet
Taniko is a decorative technique used on the borders of kakaru - traditional Maori woven cloaks. The design you see here is inspired by taniko bands and the borders on traditional Cook Island mats that were the start of my weaving journey. The fibres also echo the feathers found on prestigious kahu huruhuru feathered cloaks.

These needlework art pieces, designed by Wrapt in New Zealand, are completed in traditional red and black and feature a feather like yarn that stands out from the stitching giving the piece a 3D effect. They are a fantastic souvenir or memento of New Zealand and the unique cultures of the South Pacific.

Rangitoto Island stands over Auckland like a guardian. It’s distinctive, symmetrical cone rises 260m above sea level and is only 600 years old. It is the youngest member of the Auckland volcanic field.

The name Rangitoto (which means Bloody Sky) is a shortened version of the name Ngā Rangi-i-totongia-a Tama-te-kapua which means ‘The day of the bleeding of Tama-te kapua’. Tama-te Kapua was a Maori captain who was viciously wounded on the island, and the bleeding skies refers to his blood, not the volcanoes lava bombs.