Cajón drum maker Phill Jones of Tukituki Instruments hails from Wellington, but sends us his interview from Istanbul, on his way to to Bulgaria. Travelling with his partner to visit her home country for the first time, he made a special cajón for the journey in anticipation of meeting interesting people and joining some interesting jams – and it doubles as a suitcase! 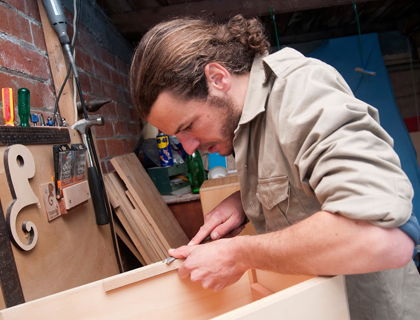 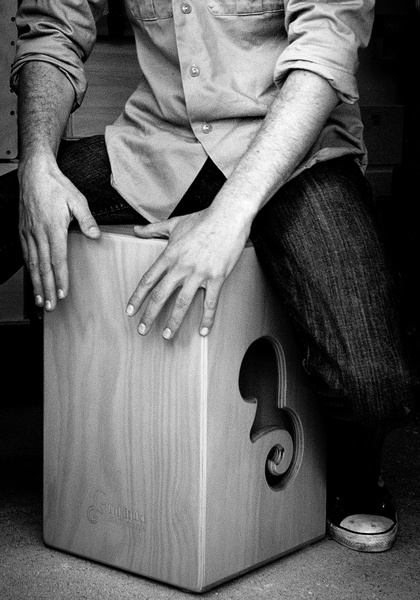 What do you make?
I make cajón drums, which are an Afro-Peruvian and Flamenco instrument, nowadays used in everything from rock to hip hop music. They are essentially a box made using various thicknesses of plywood and with a specially designed guitar-string snare inside. The player can sit on top of the drum and play it between the legs. I know, I know, it’s got to be one of the most confusing instruments to describe. It’s probably best to just watch this video, which does a much better job at explaining what a cajón is:

I use many different timbers and techniques to get different sounds and visual features on my instruments including native NZ and Australian veneers, laser etching, paint, and inlaying to create custom designs for my customers.

How did you get into your craft?
I started building musical instruments when I was 15 years old, living in Hawke’s Bay. I was fascinated by sounds I heard in music from around the world and curious to see whether I could make any of them using the bamboo that was growing like a weed around the property my family were renting at that time. So, I built didgeridoos and later on I got into various styles of flutes. The internet was barely useful for researching at the time so I read books and made dozens of prototypes. I don’t think I’d even seen a didgeridoo before! I loved the challenge and I spent most of my time outside of school making things from that bamboo.

10 years later, when I came home from living overseas, I was at a loss for what to do with myself. It was then that I rediscovered what made me tick and got me up and out of bed in the morning. I started my new challenge of making cajón box-drums, an instrument which had inspired me during my travels.

Do you have formal training or qualifications in your craft?
For the craft and woodwork side, no. I learned as I went along. But I consider myself a musician first. I have a Bachelor of Arts in Music, and I grew up learning the guitar, piano, and trumpet from an early age. 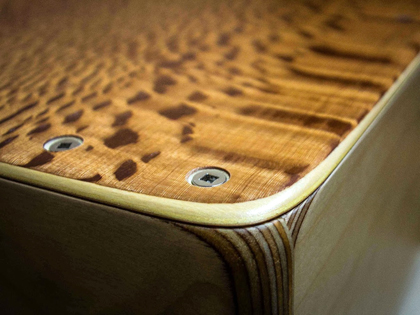 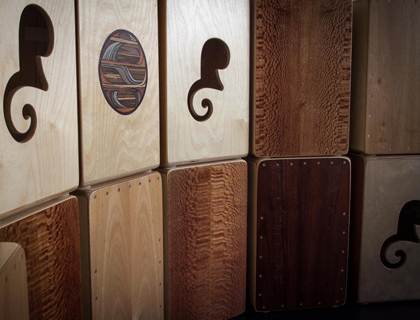 Your favourite materials, tools and processes?
My favourite tool for cajón making has to be a pair of wire cutters that my friend Nolan found in a second-hand store in Sweden that have ‘Music Wire’ engraved on them. I love it when tools are obviously made with care, they do what they are supposed to do, and they have a story. I also have some of my grandfather’s old tools which are very precious to me.

What inspires you?
Listening to music from around the world seems to have this effect on me which sends me straight back into my workshop to build and learn more about my craft, or to pick up an instrument and play, or to travel.

Describe your workspace:
My workshop is a space under the house. It’s somewhat cosy, slightly too small, but better than nothing! It’s a precious space for me. There’s a good stereo system, a record player and some good lighting. Upstairs live inspiring friends, a good supply of tea and a heat-pump. In the yard there is a communal garden and space for me to make a bit of a mess at times.

I love it when tools are obviously made with care, they do what they are supposed to do, and they have a story. 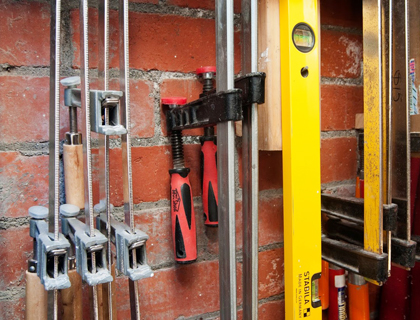 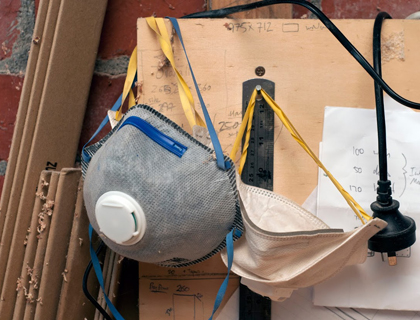 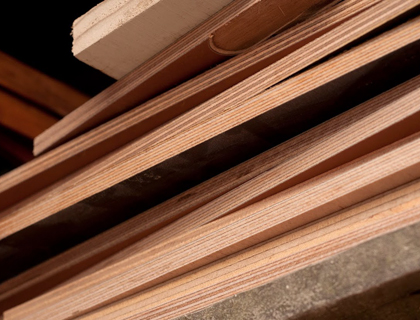 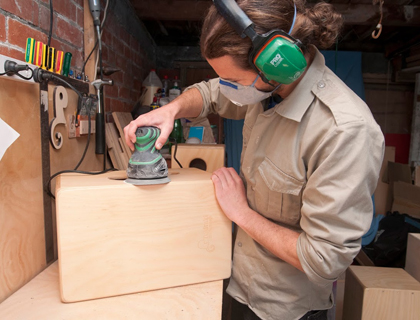 Your favourite feedback from a customer:
After I built a cajón for the NZSO, one of the percussionists wrote me a testimonial which I thought was pretty cool: “With this instrument, I have the capability of producing an exceptional array of colours and can project above a Symphony Orchestra.”

What are you currently listening to?
I’m currently traveling in Turkey on my way to Bulgaria. I’ve heard a lot of amazing Turkish music, especially at a traditional music and dance gathering I went to recently! I learned to play more percussion instruments like the daf and bendir, and met some great players of other instruments I hope to learn too. 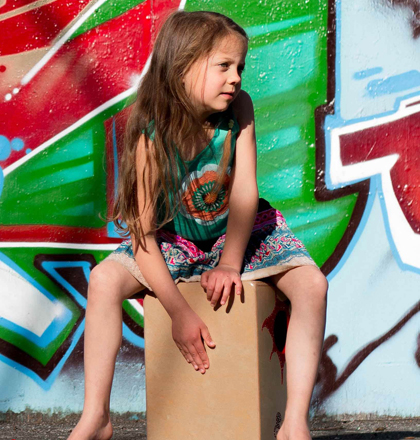 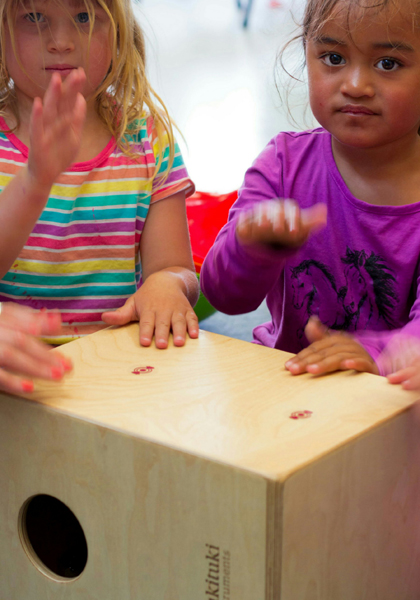 What’s your favourite childhood book and why?
The Usborne Book of Knowledge never failed to inspire my dreams every night as a kid. (Me too! -Ed.)

Do you have any pets?
Where my workshop is in Newtown there are four chicken pets which keep me company during the day. I’m currently in Istanbul which is famous for its thousands of street cats.

What was the last handmade item you bought and what attracted you to it?
I found some great Mexican made leather sandals in an op-shop on Cuba Street. They have beautiful woven leatherwork on them and the heel opens up a bit like a lotus flower. The soles are made of parts of a car tyre and are replaceable once they wear out.

What’s in store for the rest of 2016?
Find more inspiration on my travels and challenge myself to keep crafting, creating and collaborating! 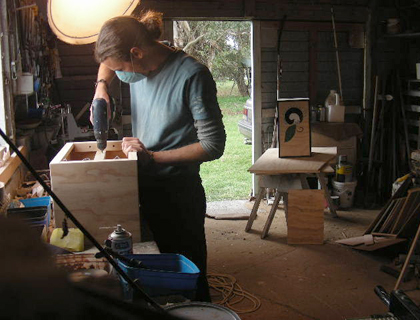 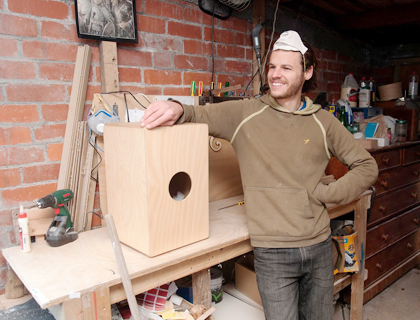 Order from Tukituki Instruments on Felt »

A stitch in time: managing parenthood and a home business with flair

A purpose and an occupation: the lathe that turned a life around

3 thoughts on “Sound craftsmanship: the timber and timbre of Tukituki Instruments”