While a handwritten card is always something to cherish, a set of gift cards designed and made in Christchurch has an even deeper meaning than most.

Handmade from 100 per cent recycled materials, Seeds of Love cards contain seeded hearts, filled with seeds from native flowers that can be planted anywhere across New Zealand.

Paper used in the seeded hearts comes from the thousands of notes, cards, and letters of support and unity expressed following the 2019 Mosque attacks in Christchurch. They were collected from outside Al Noor Mosque and Rolleston Avenue and donated to the project.

Rebecca Parnham, the initiative’s founder, was moved to start creating these hearts with her children, to enable them to process what had happened and do something kind for those most affected.

“After March 15, we ran workshops with children, parents, and community groups across Christchurch, where people made thousands of seeded hearts, and wrote messages (or drew pictures) of love and support for members of the Muslim community.” 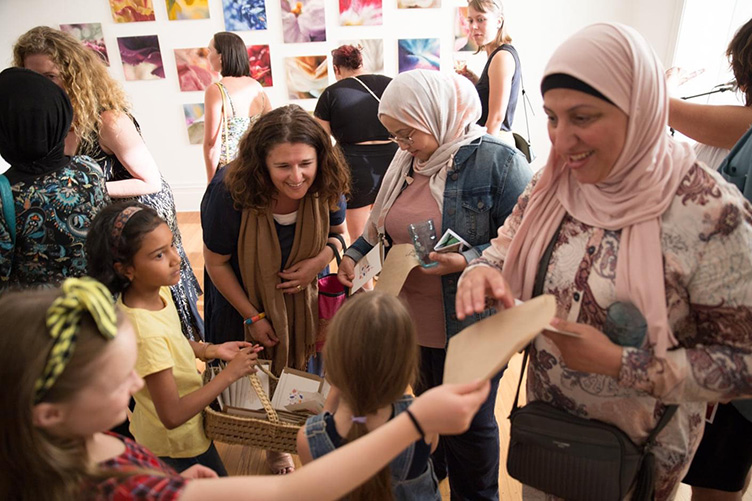 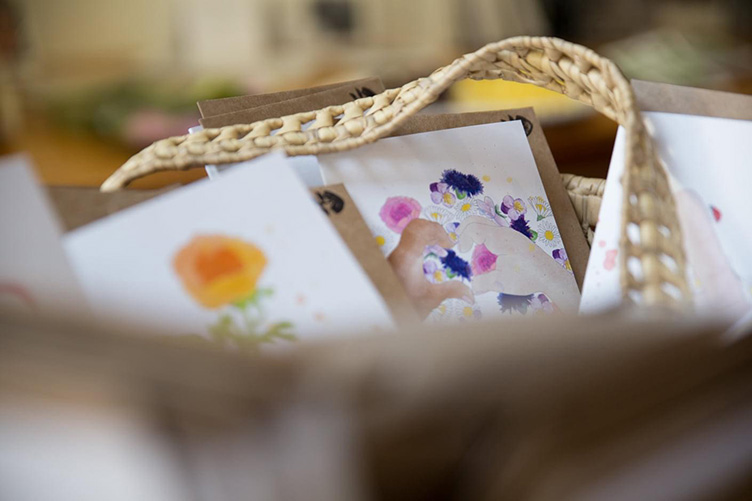 Over the two years since then, Giving Seeds of Love has continued to grow and flourish as an inspiring community movement.

“When children and adults make and give Seeds of Love together, it creates a space to talk about why they’re making them, and who they’re for. Creating them is fun and gives children a sense of accomplishment. At a deeper level, it fosters empathy and teaches children that when bad things happen, they can make a difference.

“Although you can use any seeds to make the Giving Seeds of Love hearts, we chose to use wildflowers because they symbolise the beauty of diversity.”

Rebecca often finds beautiful messages when she is preparing the paper for the seeded hearts and workshops. If she finds any messages that are for a specific person, she returns them to the family or offers to turn those messages into seeded hearts for the bereaved families. 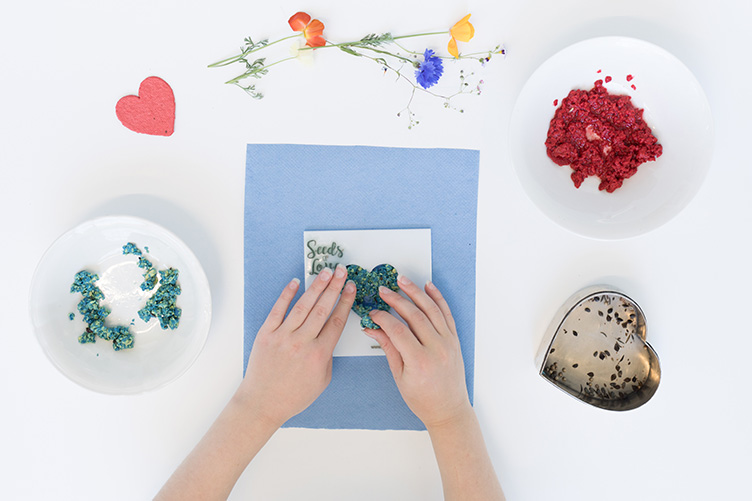 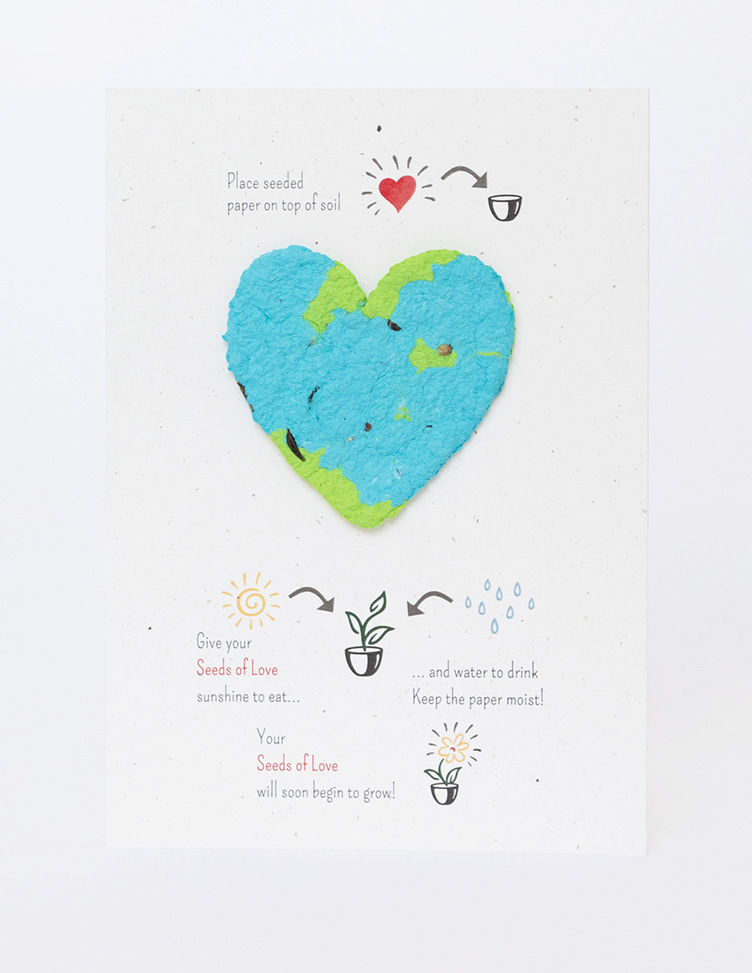 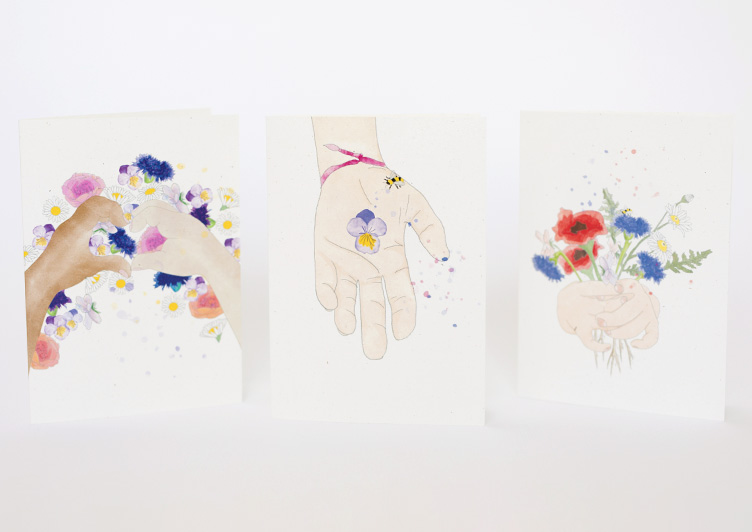 The artwork for the seeded heart cards was created by local artist and writer Sarina Dickson. Sarina believes that Giving Seeds of Love creates an opportunity for children to actively participate and be a part of creating positive change. Each of the paintings is based on the hands of a child who has been part of the project.

After running the project for nearly a year, Rebecca partnered with Dr Hafsa Amed, founder of the Lady Khadija Charitable Trust, and together they secured funding from the Office of Ethnic Communities to run workshops in the community and teach people how to make the hearts. The first 20 workshops were booked up within weeks by schools, kindergartens, workplaces, and community groups. 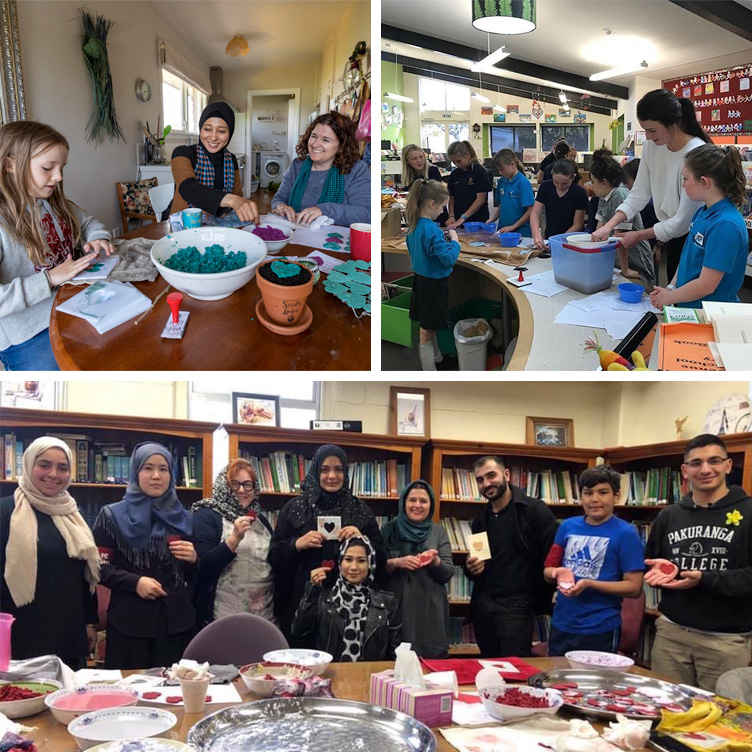 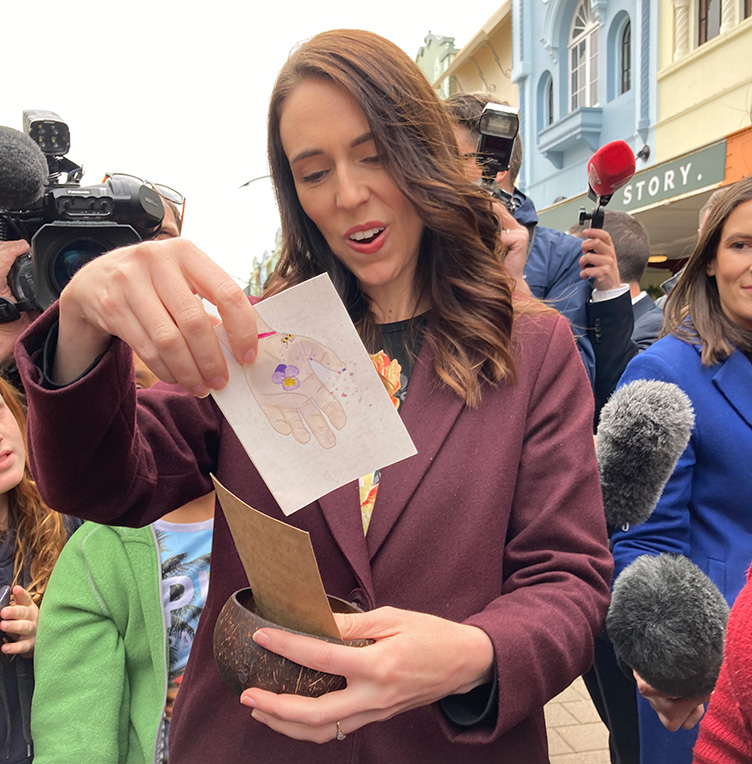 In early March 2020 Rebecca was invited to meet and give Prime Minister Jacinda Ardern handmade cards from the children in the project. The Prime Minister and her daughter Neve started growing a seeded heart at home on the windowsill.  “Knowing Jacinda has their cards and seeded hearts was really empowering for our children.”

In 2021 Rebecca and Giving Seeds of Love have also been part of a documentary in Singapore called Stronger Together, which looks at positive ways to promote social cohesion.

Proceeds from the sale of the cards is used to continue running the Giving Seeds of Love initiative, so send some Seeds of Love aroha to someone special this spring!

Give Seeds of Love » 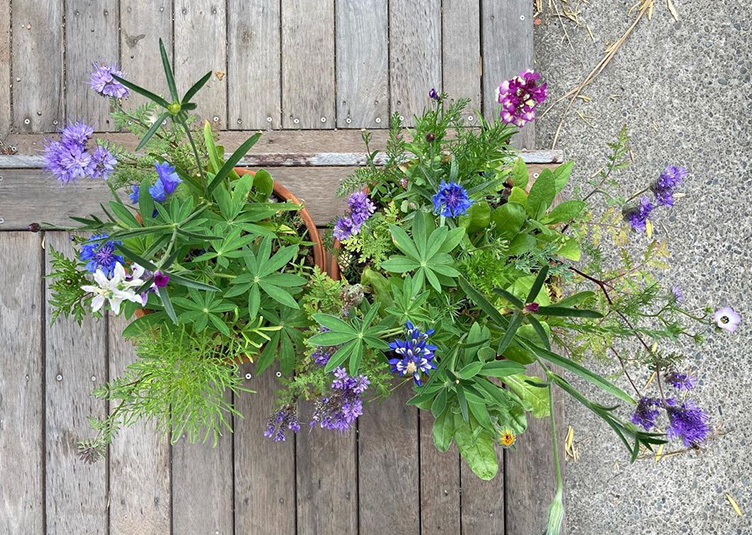 One thought on “Seeds of Love: spreading aroha, growing community, and cultivating diversity”