To celebrate 15 years of Felt in June, we’ve been reflecting on Felt’s journey so far and sharing some facts you might not know about Felt, so we thought it was a good time to shed a little further light on life behind the scenes, and meet the team!

Before we say hello though, this month we’re also saying farewell to a newly-engaged Jason as he heads for distant shores and new adventures with his fiancée. Congratulations Jason and Donna, and bon voyage! 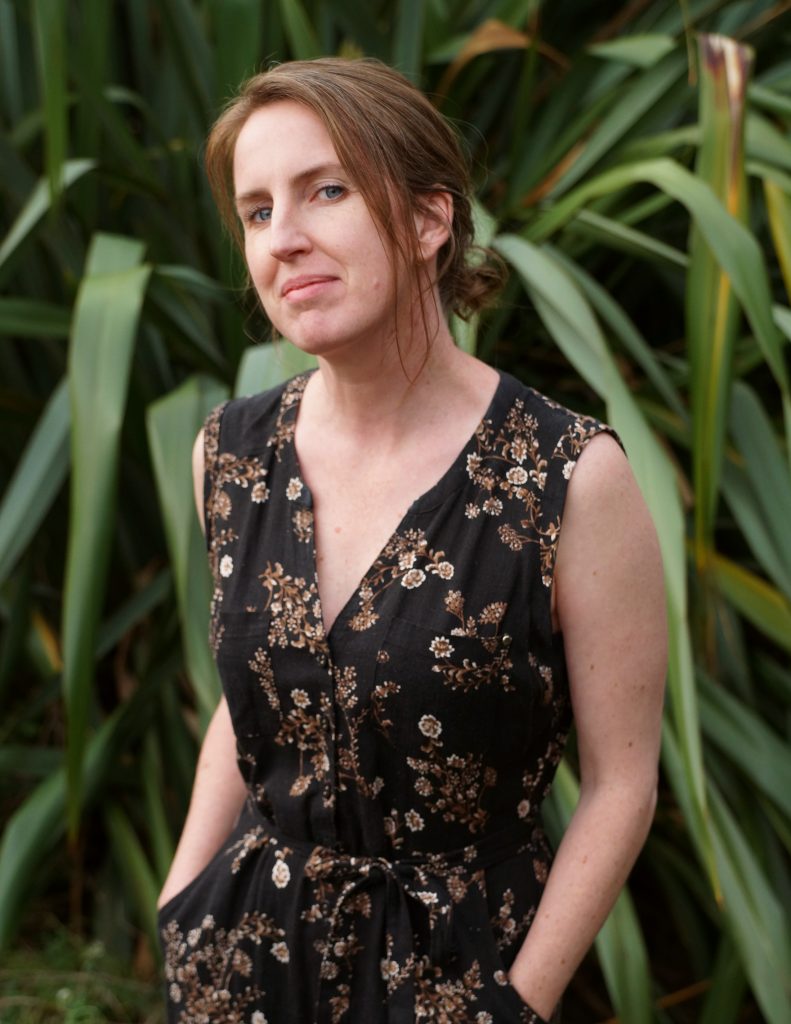 Lucy founded Felt in 2007, inspired by a passion for cottage industry and creative thinking. A graphic designer by trade, Lucy’s superpower is combining patience and perseverance with an inexhaustible interest in people and projects. (She is also awesome at alliteration.) Outside of work, Lucy plays the guitar, reads a lot, gardens, and tinkers in many forms of craft.

I don’t really have a job title other than ‘Founder’, which doesn’t say much about what I do day to day. I design our emails and work with Blake on marketing, provide backup for Jo in customer support and fill in when she’s on leave, and work with Marcel on the design and functionality of the site.

Since the team was just me, 15 years ago!

I love being able to work on something that I really believe in.

Having heaps of ideas and only focusing on one at a time! Felt and I have also had our ups and downs over the years. Running a business is a mental and emotional rollercoaster – I wouldn’t say it’s easy, but it’s always worth it.

Over 15 years, I’ve met awesome people and made great friends through Felt, had amazing trips around New Zealand, and worked with people I love and enjoy spending time with. It’s hard to pick a specific moment – and I feel like from now on my favourite memory will be that time we turned 15 and heard all these amazing stories from the Felt community about the impact Felt has had on people’s lives. Best birthday present ever! 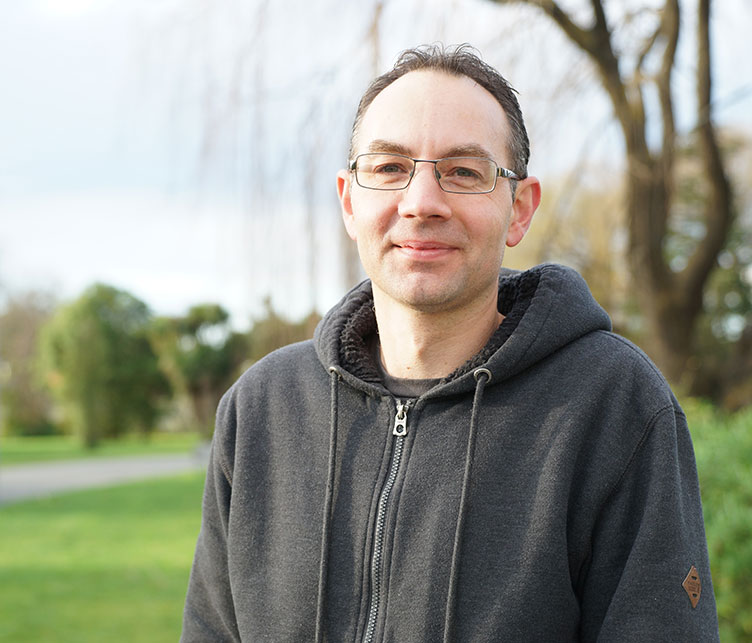 Marcel’s craft is code – he endeavours to make Felt as elegant and well-crafted as the products it represents. The curator of an extensive board game collection, Marcel has a keen sense of strategy and should never be trusted in a game of Werewolf. For the time being though, his time is more than filled with being a parent, building with Duplo, and making things with his two young children.

I do all things technical on Felt – software development, organising the back end services, server administration, building and designing new features, and trouble-shooting difficult technical problems – basically the whole range of technical things that need doing on the website.

There’s lots of things that are great about working on Felt! It’s a Kiwi-owned company, which is awesome, and there’s a small team of passionate and dedicated people behind Felt – it’s just really cool working with people like that. We have a lot of control about what we do and where we’re going with Felt – that’s also awesome.

I also like making new features and seeing just how they’re received – working on things that are new and original, and cool for our users.

I don’t really know what the hardest part of my job is actually. I haven’t thought about that much. Not being able to do all the things we want to do – that’s probably where the biggest challenges are. 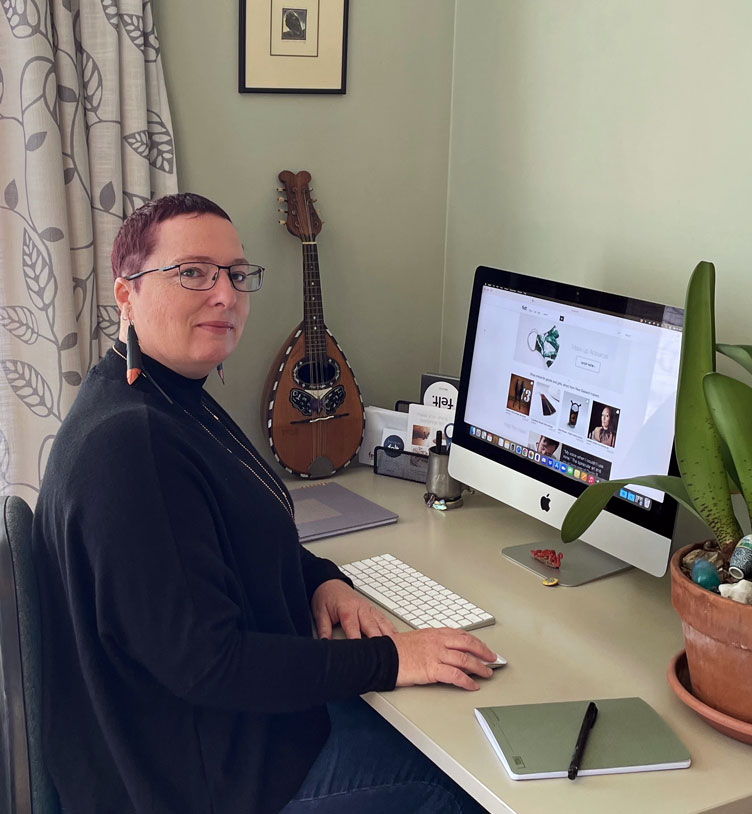 Responsible for a significant chunk of the qualifications held by the Felt team (see Fact #2), Jo’s background includes working in museums, libraries, and galleries, running her own corsetry business, and exhibiting at World of Wearable Arts. She has her own Felt shop, Big Bunny, specialising in organic seeds and gardening goods. Jo has an encyclopedic knowledge of a diverse range of topics, including horticulture, craft, medieval history, rabbits, and of course, Felt.

What are your main tasks on Felt?

I’m the Customer Services Officer for Felt. That means I do my best to answer all your questions every weekday, and I also do some of the daily maintenance on the site, including moderating new shops, selecting the daily showcase, processing account top ups, and various admin tasks.

The people. I work with a great team, and every day I get to converse with a bunch of awesome makers and really nice people. I love putting together the Meet the Maker features and getting to see the faces behind the mahi.

Talking on camera when Lucy decides she wants to film the team!

Spotting Ronja Schipper’s Repurpose earrings on Jacinda Ardern during a lockdown daily press briefing in 2020 was pretty cool. That was back during the first lockdown and it resulted in a very excited flurry of texts around the team – and a big spike in sales! 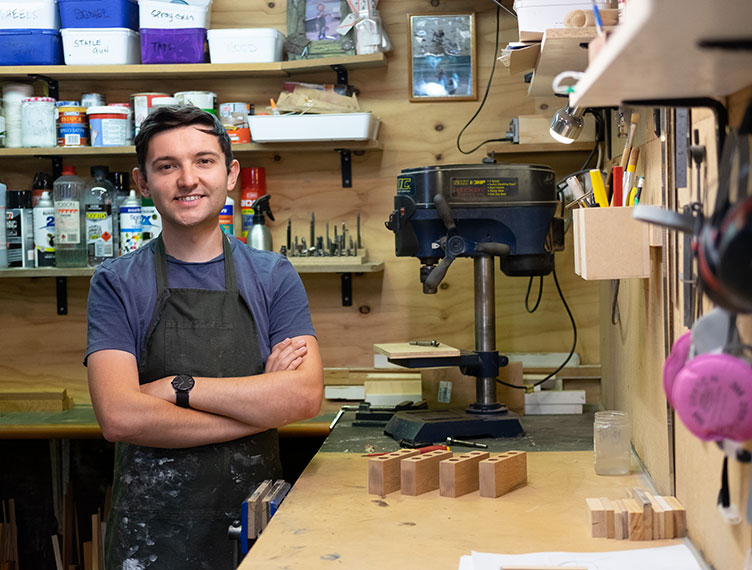 As the newest member of the team, Blake has taken to life at Felt like a duck to water. He has his own small business, Refined, which originally began on Felt back in 2016! When he’s not working, he can probably be found in his workshop pursuing a creative project, learning a new skill, or listening to his growing collection of vinyl.

I work on the marketing side of Felt. This involves managing Felt’s social media channels, and our communications to both sellers and shoppers. I also work with the team on the higher level marketing strategy and planning for Felt.

Since late 2020, so around 18 months. While studying toward a marketing degree, and running my Felt shop, I met Lucy at various markets and events in Christchurch. After I graduated, Lucy asked me if I’d be interested in helping out with Felt’s marketing, and the rest is history!

Working with the team. There’s always a challenge to solve, and we’re pretty good at putting our heads together to come up with a solution – it’s very rewarding.

I find it hard to switch off at times, but that’s the case for all of my work, not just Felt!

I think it’s too early for a favourite memory, but I really enjoyed getting involved in organising and running our Christmas Gift Guide promotions last year. It’s great to see passionate creatives like myself succeeding through the support of fellow Kiwis.

Optimising your Felt shop for search

What to do when things go wrong

How to keep on top of the busy times

3 thoughts on “Meet the Felt team”